What’s the dirty secret behind all those perfect Bali beach sunsets on Instagram?

Bali is famous for its beautiful beaches, friendly locals and delicious food. So why is it that so many tourists stick to the towns immediately surrounding the airport, where there are dirty beaches, few locals and only western food to be found?

We decided to stay in Seminyak — the latest beach town to disthrone Kuta as the most developed tourist area of Bali — because we were visiting Australian friends who were staying there and because we could walk to the beach with our surfboard directly from our villa without needing to take a taxi. What we didn’t know…

What you can’t see in all of those stunning sunset images of Bali is the black sand beach full of trash in the foreground. Considering how much tourists value clean beaches, and considering how much of a driver to the economy tourism is in Bali, I expected the beaches to be well kept and clean. What I didn’t know is that the rains push all of the plastic rubbish from the land into the sea during the rainy season, and then when the onshore winds start — especially in January-March — all of that trash washes up onto the beach. Beaches in front of five star hotels, fancy restaurants and nightclubs also weren’t cleaned up. Just when we had almost abandoned hope, a Bali-wide beach cleanup was conducted on February 19th, the ‘biggest beach clean-up in Bali, in 45 location points by thousands of participants spread across all of Bali’s regions.’ What a difference! If I had known, I would have happily joined the initiative, but we were very happy to enjoy the fruits of all of the volunteers’ labour. Thank you for making Bali beautiful again. However…

2. The surf is not up (on the west coast from January – March)

Once we managed to walk through all of the trash and past the ‘No swimming – dangerous’ sign with a skull and cross bow on it (‘Mummy, where are the pirates?’) and found a (very informative) lifeguard to talk to, we learned why there were no surfers in Seminyak beach — all the decent surf is on the east coast in this season. The onshore winds make big waves, but they are choppy and not fun. But bad winds on the west coast mean great waves on the east coast, and he gave us lots of tips on surf spots and buying second hand surfboards. Once we found ‘Kiana’ — the 6’6 newest member of our family — and had a few decent surf days, all was forgiven. But when it was time to fill our empty surf bellies…

3. Food is expensive, western and bad

This is a bit of an unfair title, because we did eventually find a few little gems in Seminyak and Canggu, but it took a full week before we enjoyed a delicious meal on the southwest coast. Many of the establishments in Seminyak proudly boast ‘Australian owned and operated’, though I think much tastier in Australia. The only time we got sick on our whole family sabbatical — after eating lots of street food in Vietnam and Philippines — was at a nice Italian restaurant in Seminyak. We had mediocre salads, mediocre breakfasts, and even the fruit juices were bland and tasteless. Good meals we had along the coast included:

It took a long time for us to get far enough out of the main areas to find tasty street food, because… 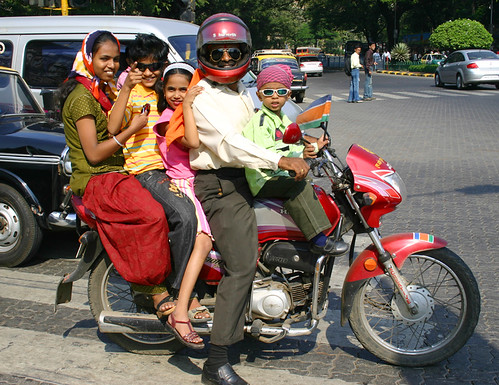 4. Unless you are willing to risk your life and ride a scooter, it’s difficult to get around

Bali seems to be designed for scooters, and we saw lots of families riding around confidently with everyone in tow on a single scooter. But with little experience riding scooters and no children’s helmets available, we couldn’t shake the feeling that it was a bad idea for us to take our two little ones on a scooter. In our first two weeks in Bali, we saw half a dozen tourists in casts / wheelchairs / on crutches and our taxi was in an accident with a scooter. Walking around is also rather precarious though, as you are mostly sharing curvy roads with scooters and cars. When there is a sidewalk, there are usually scooters driving up onto it and racing past because Bali traffic is horrendous at all hours of the day, all days of the week. It’s also generally 30-35 degrees celsius outside. But if you want a break from the heat and relax in an air conditioned taxi… 5. Taxis are controlled by the mafia and local militias

I love taking taxis and talking with drivers to get a feel for a place. I’ve learned so much from taxi drivers worldwide. In Bali, we couldn’t quite figure out why some taxis had metres and others refused to use them, so we started using Uber. But the Uber drivers were acting strange. As soon as you were connected to a driver, their car would stop moving on the app, and it always said they were six minutes away. And then we would start getting messages from the driver, asking for a ‘safe pick up please’, or saying ‘hurry up, there are lots of taxi drivers here’ (when the app was telling us they were still six minutes away!).

Slowly we pieced together the mystery — the taxi system is highly localised and controlled by the mafia and local militias. Uber drivers are constantly being bullied and intimidated, though no one would actually tell us what was happening to them. The local taxi companies use the Uber app to find drivers, so as soon as they have a pick up they turn of their GPS so they can’t be detected. Some areas are more off-limits than others, so in Canggu for example, it was much more difficult to find an Uber than in Seminyak.

We took local taxis whenever we could find them, and Ubers whenever we needed to be picked up from a difficult to explain location. Uber is quite a bit cheaper than taxis, but taxis are very reasonably priced along the west coast anyways. It costs $15-20 to get a taxi from the coast to Ubud, or $10-15 to catch an Uber.

So you really have no excuse to stay along the Australianised southwest coast — where Australians who don’t like to travel will feel perfectly at home. For everyone else, I recommend to go directly to Ubud, or at least Canggu.